Cap Digital and Europe : Our successes & what’s to come…

Innovation, as claimed by our community of +1000 members, should necessarily go through a third way in Europe to build a different digital economy.

This is the message we took on a year ago when we publicly shared our strategic roadmap. A commitment that has been translated into reality. Over the last twelve months, we have been significantly boosted by European projects, to the benefit of our members. New calls for projects, cascade financing, governance of European projects… here is all you need to know about the irresistible rise of our collective on the European scene. 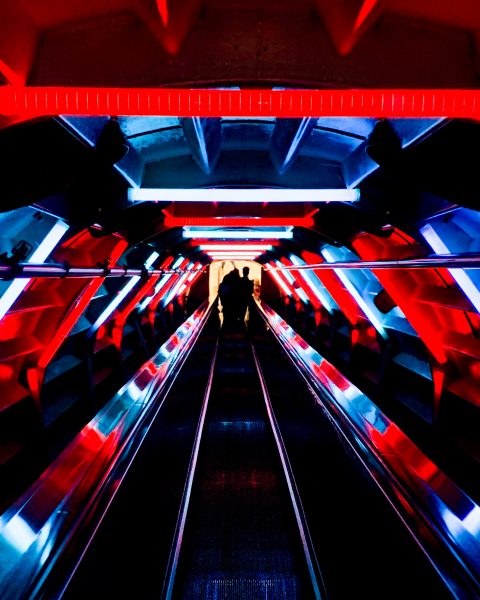 It is always good to remember : research and innovation is the third budget of the European Union (11 billion euros spent in 2018, 20% for SMEs)! This massive investment is managed by Horizon 2020, the EU Framework Program for Research and Innovation which launches numerous calls for projects each year, including DAPSI and AI4CITIES, recently won by our teams! These two projects are perfectly aligned with our expertise and communities : data, AI and sustainable cities.

This project is part of the European “Next Generation Internet” initiative, of which Cap Digital is part as a National Contact Point. It aims to foster advanced research and development of innovative solutions in the field of data portability by supporting teams of SMEs and researchers. Based on three data challenges (Data Transparency, Data Analysis, and Data Compatibility and Security), this project will offer an incubation program and dedicated funding for research teams / SMEs selected during three open calls. DAPSI has a total budget of 7 million euros, of which 80% will be directly donated to the teams of researchers / SMEs via cascading financing mechanisms. Cap Digital operates this program led by Zabala (Spain) alongside four other partners – F6S (UK), Engineering (Italy), Fraunhofer (Germany) and IMT Starter (France) – and is in charge of coordinating the program, incubation and acceleration of selected projects, with the operational support of IMT Starter.

Through this project, the European Commission aims to finance innovative pre-commercial public procurement (PCP) under the H2020 program. The specific objective of the program is to help European cities develop breakthrough artificial intelligence solutions to drastically reduce their greenhouse gas emissions and achieve their climate neutral goals. To achieve this, AI4CITIES intends to launch pre-commercial public procurement by selecting funded start-ups to develop and validate innovative prototypes based on artificial intelligence and other emerging technologies. AI4CITIES has a budget of 6.6 million euros, the vast majority of which will be donated to selected start-ups via public procurement launched within the project. Cap Digital operates this program coordinated by Forum Virium, the “smart city” unit of the city of Helsinski alongside five other partners: the cities of Amsterdam, Copenhagen, Tallinn and Stravenger (Norway), as well as ICLEI (Local Governments for Sustainability), a German partner with expertise in sustainable cities. Alongside these partners, Cap Digital will participate in the definition of challenges in public procurement, in support of contractors to help them develop their solutions, in setting up experimental sites with local stakeholders, in validation results and participation in communication and dissemination actions.

And of course, the ongoing partnerships…

Beyond these two new projects won by our teams, Cap Digital remains at the helm of several structuring European projects : 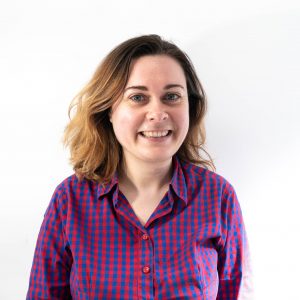 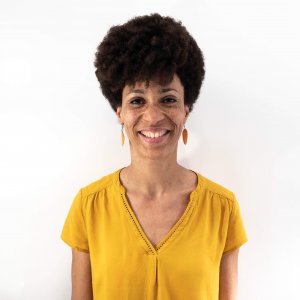 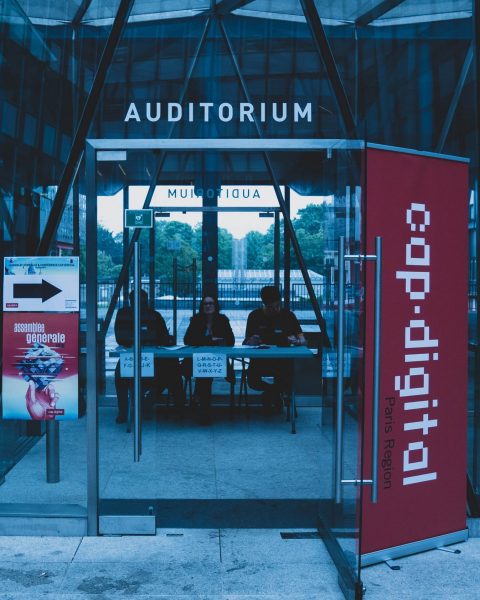 FRESH NEWS - EIT Health welcomes Cap Digital in its board and multiplies support for start-ups and SMEs by 10 !

An important step in our rise to success across Europe : in June 2019, our collective joined the board of directors of the French EIT Health Co-Location Centre, the European network that brings together more than 150 leading organisations in the field of health.

In parallel with the election of our CEO, Patrick Cocquet, to the board, EIT Health has set to work to implement a new start-up support program : the Startup Amplifier. The change is important. While non-EIT Health start-ups and SMEs could previously participate in EIT Health’s Innovation Pillar projects with up to € 50K per year, this support is now multiplied by 10! Up to € 500,000 over 3 years can now be awarded to start-ups playing a key role in the project (with EIT Health’s participation in a “convertible note”). In addition, our teams have requested that our collective move from Associate Partner to Core Partner of EIT Health. This proposal must be validated in the coming weeks by the EIT Health Supervisory Board. This Core Partner status will enable us to exercise our voting rights at the EIT Health general meeting (at European level) and to benefit from a higher funding ceiling than that granted to Associate Partners.

News
Cap Digital is joining EIT Health France Supervisory Board
Guillaume Champeau – Ethical and Legal Affairs Director, Qwant
“In Europe, one of the main problems is not public institutions but private investors" 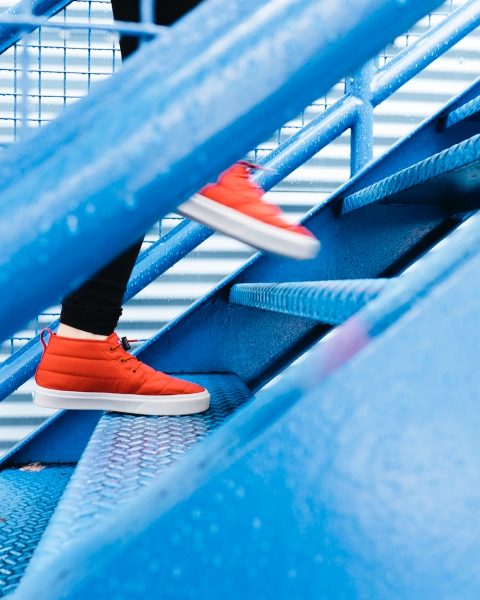 SPOTLIGHT - waterfall of success for our members' projects

The European rise of Cap Digital would be nothing without the success of European projects carried by our members! Spotlight on four projects run by Ecole des Ponts Business School and Mikros in the field of sustainable cities and cultural and creative industries.

This Horizon 2020 project, funded by Marie Sklodowska-Curie action, aims to develop an innovative framework for interaction between the circular economy and IoT (the Internet of Things). It is supported by a consortium of 6 members : The University of Cambrige (UK), Hellas Foundation for Research and Technology (Greece), Cablenet Communication Systems Ltd (Cyprus), BlueSoft (Poland), Deloitte Consulting & Advisory (Belgium) and the Business School of Ecole des Ponts ParisTech (France).

Another H2020 project, also funded under the Marie Sklodowska-Curie initiative, aims to provide a new, open and scalable platform for secure and resilient data sharing and acquisition with the aim of improving well-being and inclusion of citizens by providing a more effective response to crimes or other emergencies. It is supported by a consortium of 6 members : Hellas Foundation for Research and Technology (Greece), Cablenet Communication System LTD (Cyprus), Bournemouth University (UK), BlueSoft (Poland), NodalPoint Systems (Greece) and the Business School of Ecole des Ponts ParisTech (France).

This European H2020 project has resulted in the development of an affordable, comprehensive and fully integrated preview solution in the production pipeline for any type of audio-visual project: from filming preparation to the final stages of post-production. Lasting 18 months (January 2015 – June 2016) and carried out by Mikros Image (France), Brand Pro Munich GmbH (Germany), the National Institute of Polytechnic of Toulouse (France), LABO Mixed Realities AS (Norway) and Simula Research Laboratory AS (Norway), Popart project resulted in the commercialization of the POPART product, whose libraries are based on open standards and published in open source.

This H2020 project allowed the creation of a central hub with structured access to all the data generated by audiovisual filming on a set. Again, the project lasted 18 months and was supported by five partners : Mikros Image (France), Czech Technical University in Prague (Czech Republic), the National Institute of Polytechnics of Toulouse (France), Quine AS (Norway) and Simula Research Laboratory SA (Norway).

These last two projects allowed the creation of an open-source framework for 3D reconstruction and camera tracking (AliceVision), with the corresponding front-end application (Meshroom). This pipeline framework is already used in the productions of Mikros and other Technicolor studios. As an added bonus, they received excellent feedback from end users and the developer community (Meshroom has been downloaded more than 120,000 times on Github).

Finally, we would like to note the recent success of a member of Cap Digital, the start-up Light and shadows, who will receive cascading funding under the COVR program for a VR and RA simulation tool project to help with validation of factory safety strategies developed with PSA. Finally, congratulations to ExactCure and Advantis Medical Imaging, two start-up companies accelerated by Cap Digital that can be found among the four winners of the Innolabs Final Event, held on September 20, 2019 in Oslo. 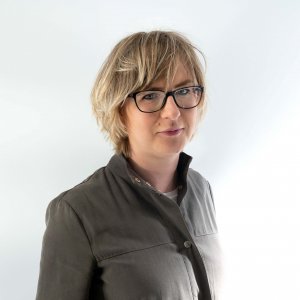 Anna
Badurska
European Programme Lead - EIT Health Catapult
Contact
Alban Schmutz - VP of OVH
Cloud Act & RGPD : "It is the opposition of two visions : one where privacy is paramount, as a condition of democracy, and the other where internal security prevails. "
Our EU Projects We are an excellent European partner for your projects. Next